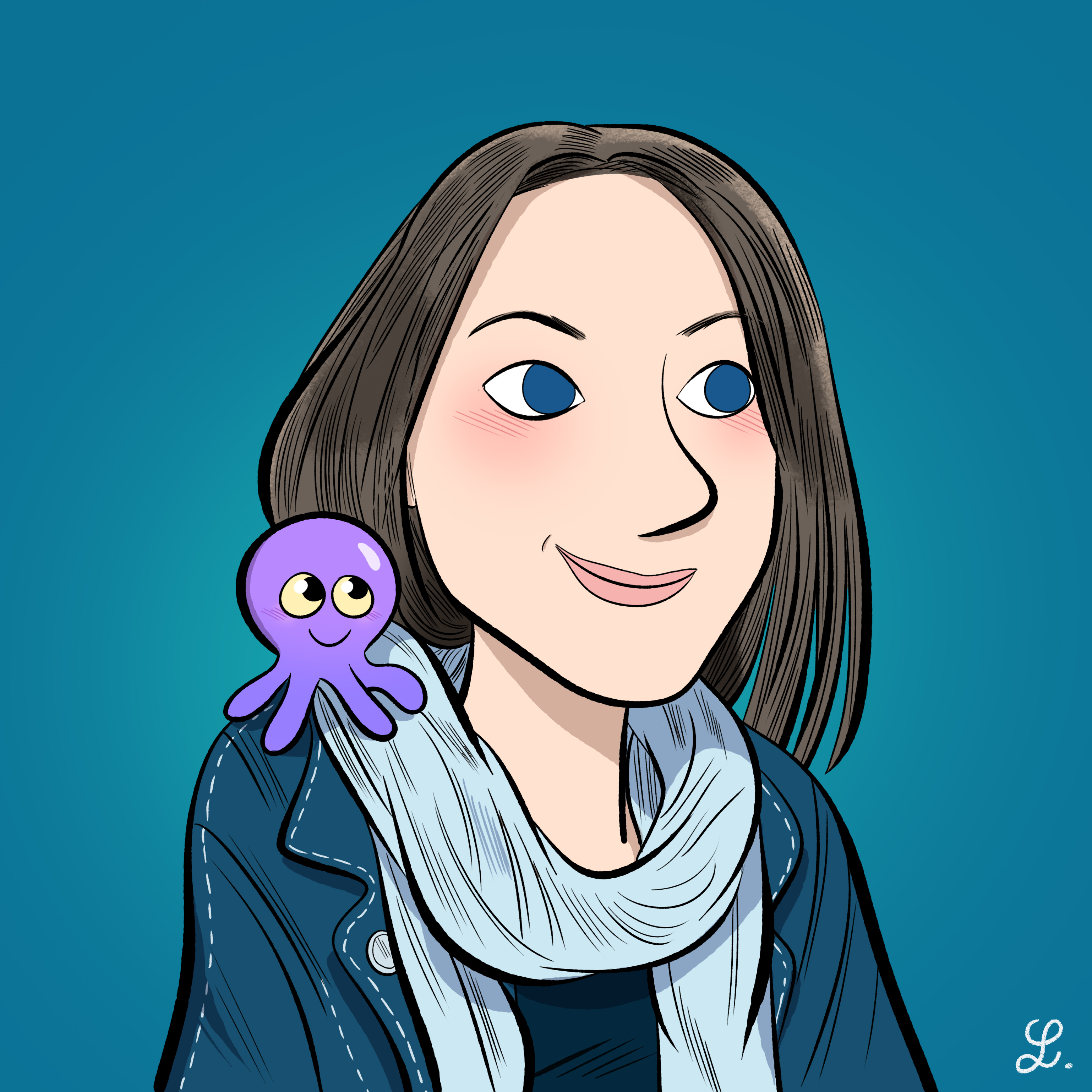 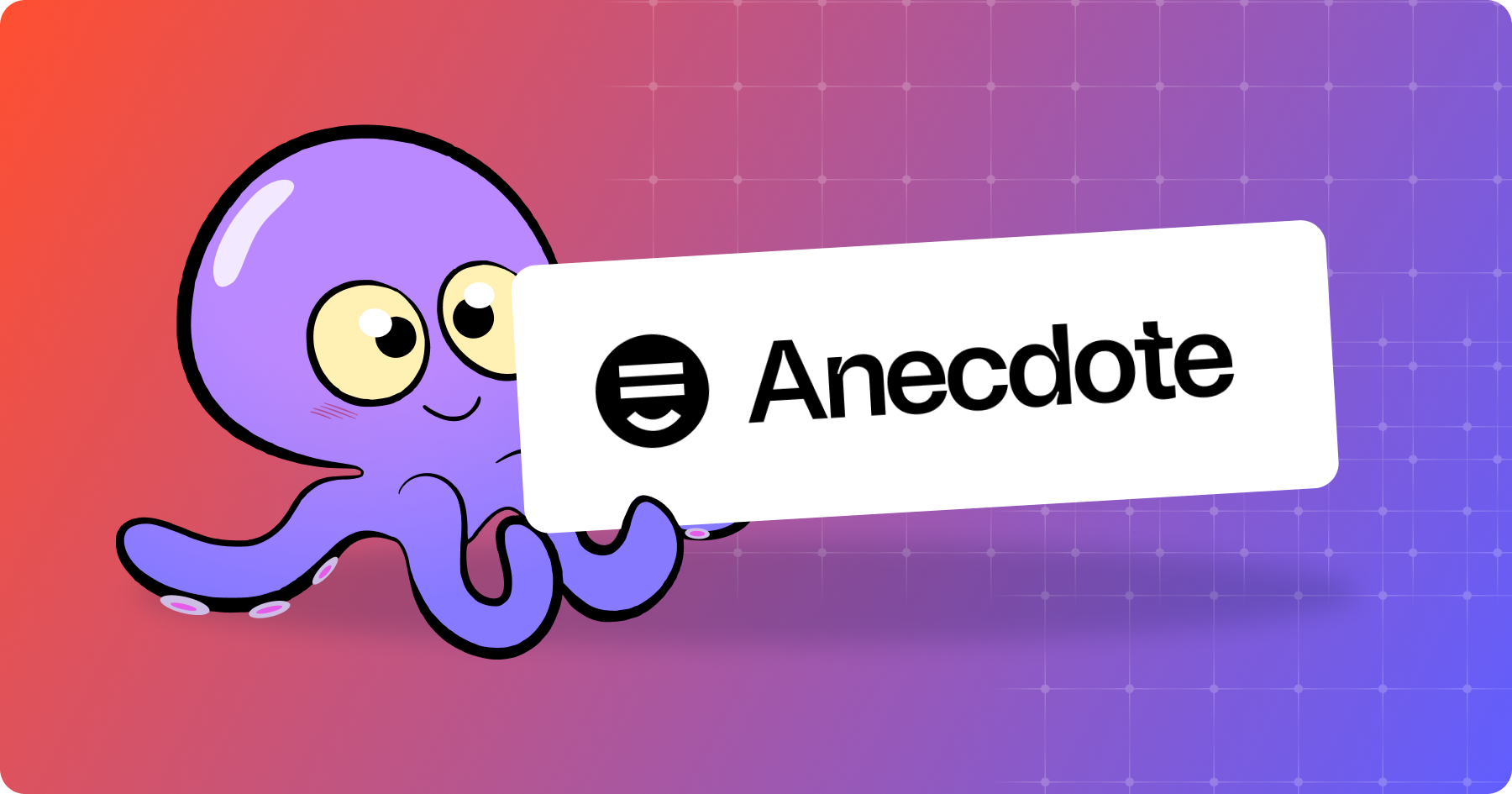 “Airbyte saved us two months of engineering time by not having to build our own infrastructure. Without Airbyte, we’d need to write our own data integration tool that would be too burdensome to maintain. We can count on the stability and reliability of Airbyte connectors. Plus, with Airbyte it’s simple to build custom pipelines.”
— Mikhail Masyagin, Engineer

While working on launching their first startup in early 2022, Anecdote cofounders Pavel Kochetkov and Abed Kasaji discovered Airbyte through a friend who happened to be a passionate data engineer. Right from the start, it was evident that using Airbyte for data integration could really save a lot of time and money, helping to increase their velocity to become a functioning platform.

The team at Anecdote started to use Airbyte’s open-source connectors and realized that they’d be saving 1-2 months’ worth of engineering time by not having to build their own infrastructure. The Anecdote team saved 25% of data engineering time and was able to focus more on developing their core platform.

This also meant more time for the cofounders to secure funding: “As a bootstrapped startup, losing two months of productivity meant life or death for our company,” shared Abed.

Abed and Mikhail Masyagin (Anecdote’s first engineer) especially appreciate the stability and reliability that Airbyte connectors offer: “If something breaks, we can just pause and pick back up where we left off without having to restart from scratch. Without Airbyte, we would need to write our own data integration tool which would take months and might not even be reliable. Plus, with Airbyte it’s simple to build custom pipelines.” Not having to worry about maintenance and fixing bugs all day gave them peace of mind and allowed them to focus on perfecting Anecdote.

At the top of Anecdote’s modern data stack

For Anecdote, a perfectly planned modern data stack is important. A traditional data stack would slow them down. The stability, scalability and optimization of Airbyte is a magic combination. Currently, they use AWS infrastructure mainly along with a bit of Google Cloud. Airbyte is managed in their EC2 machine in their virtual private cloud. Anecdote takes data from their clients’ data sources, using a combination of out-of-the-box connectors and custom connectors that they built in-house. The Airbyte SDK helped a lot! Raw data goes through Airbyte. After receiving data, it goes into their S3 storage; then Anecdote’s machine learning pipelines help to get data with other intelligence.

“The value of open source is huge. Python, Postgres, Linux…our data infrastructure consists of open-source technologies. It’s flexible and always evolving. Using open source also helps us build our own connectors, such as Google Play, App Store and Trustpilot, several of which we published on Github,” says Mikhail. The Airbyte community on Github, Slack and more really won over Anecdote. They researched other data integration tools but none of them could compete in depth and breadth of connectors that they could count on.

Anecdote currently uses nine data sources, including Zendesk, Freshdesk, Twitter, Trustpilot and Mixpanel. Destinations include AWS S3 and local machines. Mikhail loves how Airbyte makes them look great and prepared: “A client asked if we could integrate TikTok marketing. I was so happy to see that it was already available as a connector through Airbyte. We were able to deliver for our client right away.” As Anecdote grows—already they’ve gone from four to 15 team members in less than a year—they’re excited to scale with Airbyte.

Want to hear more about Anecdote’s experience and insights from Mikhail Masyagin? Tune into our free online conference (move)data for his presentation and many more.

Mariya takes care of content marketing at Airbyte. Her experience includes over a decade of brand strategy and writing at leading B2B tech companies.