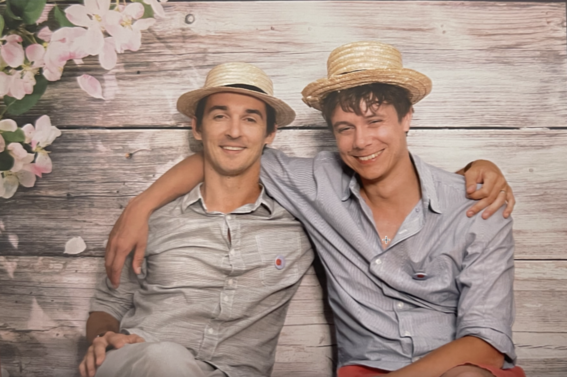 Today, we are super proud to celebrate Airbyte’s Second Anniversary!

In the life of a company, these types of celebrations are important as they allow us to reflect on the past and which sequences of decisions led to where we are. When thinking about Airbyte, let’s start the story in June 2013 (yes, almost 10 years ago).

In June 2013, our wives were working together and one evening, they decided to have some drinks at a wine bar in downtown San Francisco. Marie texted me to join and Aurélie texted John, successfully baiting us with some good glasses of wine.

It was the first time we met each other.

The evening continued at this nice little restaurant on Bush Street with a lot of great conversations, talking about our lives in SF, our current startups…

At the end of the dinner, the deal was sealed and we became very good friends.

The side projects before Airbyte

Both John and I were busy at our respective startups, John at StreamNation and me at Liveramp. We also both had our first kid six months apart. We were spending time together, at least once a week, generally on Sundays.

We would use that time to discuss the current challenges we were facing at work and also brainstorm a few ideas for new companies. In 2015, we actually had a pretty ambitious side project: a cloud API for video storage, encoding and distribution. We went pretty far but with our startups and family life, it was becoming harder and harder to carve out time.

In the end, the project died but we had learned a few things along the way. We had learned how to work together, where we were complementary, where we overlapped. It also confirmed that we should start something together, one day…

John started a new company, Anaxi, in 2017 and on my end, I left Liveramp and joined the founding team at RideOS. Two years later in 2019, John’s company wasn’t going to succeed and I had made the decision to leave RideOS to start a company.

I first started to brainstorm ideas and I would ask John if he wanted to brainstorm with me (who said I had an agenda? :)). The spectrum of ideas was unlimited: remote controlled self-driving cars, fintech products for gig drivers, API for banking, you name it.

We built a framework for evaluating ideas. It allowed us to crank through many ideas, good and bad really fast. We applied to YCombinator in September 2019, and after learning that the product we had in mind was being actively worked on by a company that we wanted to target, we reneged our application.

We continued to brainstorm and one day we had a pizza at Pizzetta 211 in San Francisco. That’s the day we settled on a problem space where we both had experience, data integration. We bought a terrible domain name while eating: daxtarity.com. We resubmitted our application to YC, went though the interview and boom, Daxtarity was born on January 1st 2020.

The first 3 months at YC went fairly well. We built a product that we were able to sell, we brought onboard our founding engineers: Sherif, Jared & Charles.

Then COVID hit. Countries closed their borders. The world changed.

And so did the interest for the product we had. It was a hard hit for the team but we took it and we acted right away, back to the drawing board, back to brainstorming: HSA app, podcast product, API Gateway product, data exchange portal, virtual assistant. We grinded.

And then, Airbyte. It was actually the original idea behind Daxtarity, but we had changed the scope while at YC and ended up on a marketing product instead of data infrastructure. We decided to pivot the company and work on Airbyte.

Since we started Airbyte, we have achieved so much.

We built the largest community around data integration, we built an open-source product that has been installed over 45k times and with over 2.5k daily active users. We raised over $180M with top investors and, last but not least, we assembled a fantastic team of 90 strong and driven individuals.

With both Open Source & Cloud, Airbyte has become a key component of every data stack, and a key player in the data world. And it took us 2 years. All of that was only made possible thanks to our community, our users, our customers and our team.

John, the team and I would like to thank all of you for your support and your trust. We will continue to work hard to delight you with a great product that solves your most painful problems with data.