Into the Fediverse: the Data Engineer's Guide to Mastodon 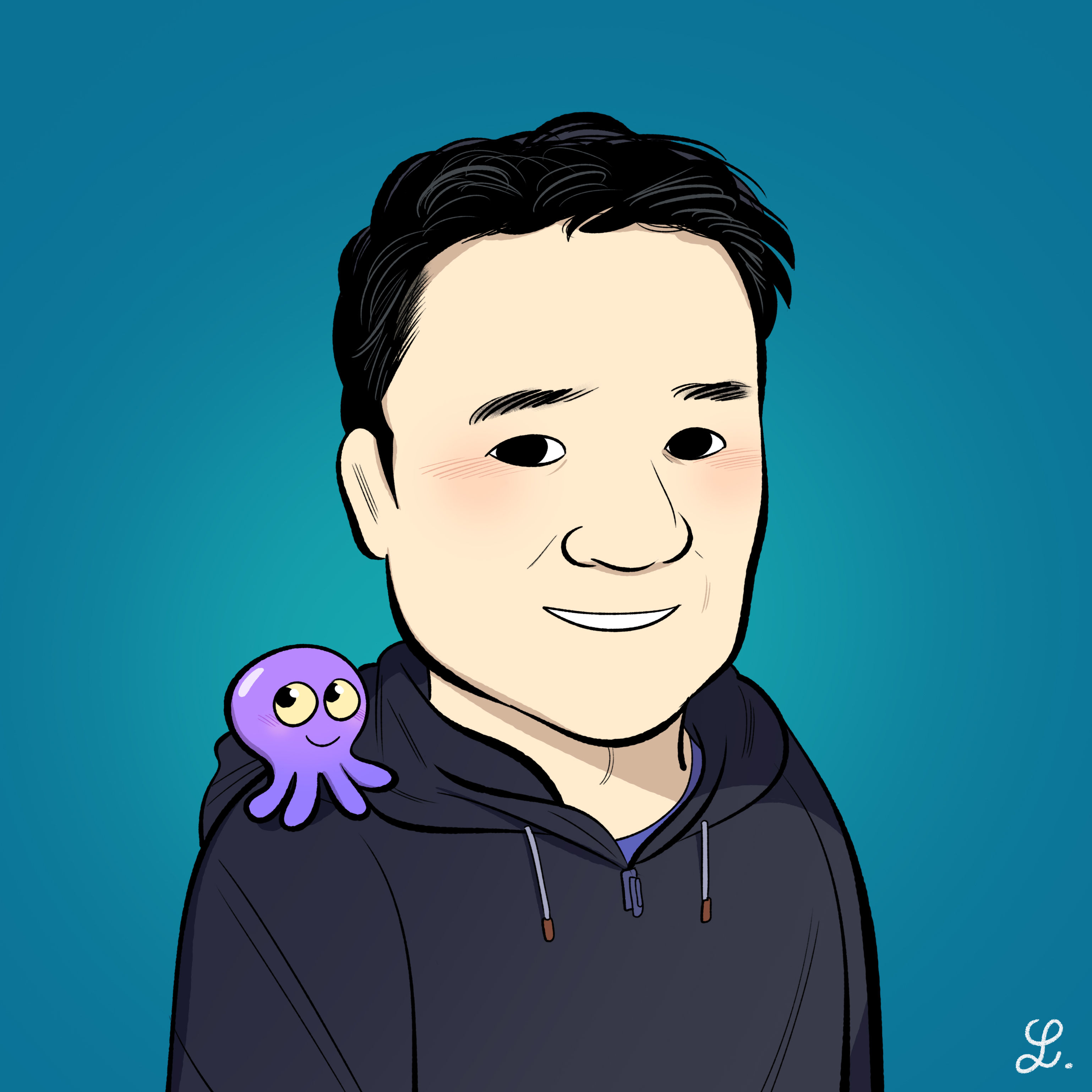 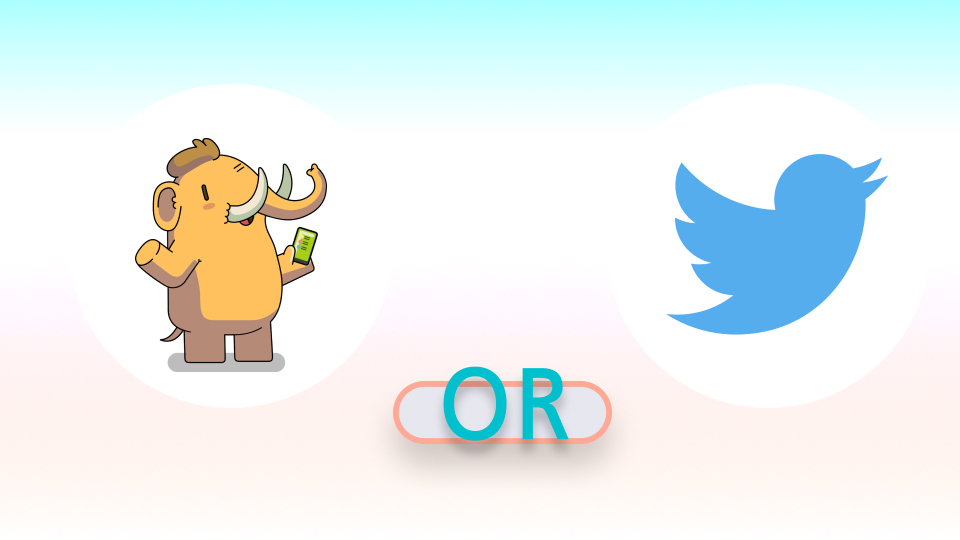 As data engineers, we often rely on social media to stay up-to-date on the latest industry trends, connect with our peers, and showcase our work. While Twitter has long been a go-to platform for professionals in the tech industry, there has been a growing interest in Mastodon as an alternative. Mastodon has grown its active userbase from 300,000 to 2.5 million in the last 2 months as a result.

Mastodon is an open-source, decentralized social media platform that values privacy and community over profits. It offers many of the same features as Twitter, such as the ability to post updates, share links, and engage with others through likes and comments. However, Mastodon has a different structure and culture than Twitter, which can be intimidating for those unfamiliar with it.

That's where this blog post comes in. We'll provide tips and guides for data engineers transitioning to Mastodon, covering everything from setting up an account and finding communities to participating in conversations and sharing your work. Whether you're new to Mastodon or just looking to make the most of your experience on the platform, this post has something for you.

What is Mastodon and how does it differ from other social media platforms?

Mastodon is a free, open-source social media platform that was launched in 2016 by a programmer named Eugen Rochko. It has a decentralized structure, meaning that it is not owned or controlled by a single company or entity, and ahem cannot be bought. Instead, it is made up of a network (“Fediverse”) of servers ("instances”), each of which is independently run by a community or organization.

Users on Mastodon can create accounts on any instance they choose (including one they self host!) and connect with others across the network. They can post updates (of up to 500 characters, vs Twitter's 280), share links, and engage with others through likes and comments, much like on Twitter. Mastodon also has a number of other features that may be better than paid Twitter features, including the ability to create and join groups, schedule posts, and customize your profile with multiple links and bios of up to 500 characters.

So why is Mastodon gaining popularity among data engineers? One reason is its different approach to control. Mastodon does not run ads, and it has a number of privacy-focused features, such as the ability to block and mute other users and control who can see your posts. Its open source and decentralized structure also means that it is not subject to the same censorship and moderation policies as a centralized platform like Twitter (though admins of each instance may make up their own moderation decisions which you may disagree with, and may be able to read your private DMs if they choose).

Another reason is its emphasis on community over commercial interests. While Twitter is overrun with corporations trying to sound like people and people trying to sound like fortune cookies, Mastodon has a more positive, authentic and supportive culture, and it is often described as a "nicer" or "kinder" alternative to Twitter. This can be especially appealing to data engineers, who may be looking for a more collaborative and inclusive environment to share their work and engage with their peers. This is helped by the de-emphasis of gamification features in Mastodon, since faves don’t factor into ranking algorithms and engagement counts are hidden.

First, you'll need to choose a server, or "instance," to join. Each instance is independently run and has its own community, policies, and features. Some instances are general-purpose, while others are focused on specific topics or groups. To find an instance that's right for you, you can check out the Mastodon Instance Directory or search for ones that are popular among data engineers. Here are some of the most popular to start you off:

However, since Mastodon is open source and self hostable, there is a long tail of other servers to check out as well, including city/country based servers (e.g. aus.social, noc.social) or tech subdiscipline or other identity (e.g. front-end.social, tech.lgbt). You can always follow and read content from anyone on any server, and you can move servers at any time should your preferences change, so this is a low cost decision.

Once you've chosen an instance, you'll need to create an account. You can do this by visiting the instance's website and clicking the "sign up" button. You'll need to provide a username, email address, and password, and you may also be asked to agree to the instance's terms of service. Some instances may also require you to answer a few questions or complete a captcha before you can create an account.

After you've created your account, you'll need to set up your profile. This includes adding a display name, profile picture, and bio. You can also add links to your website or other social media profiles, if you have them.

One thing to keep in mind is that Mastodon has a 500-character limit for bios, so you'll need to be concise when describing yourself and your interests. You can also customize your notification settings to control how often you receive notifications and what types of notifications you want to receive. It's usually a good idea to start with the default settings and adjust them as needed - but personally I was relieved to find I could FINALLY turn off notifications for “likes”!

A minor setting that is increasingly recommended: Use the unlisted privacy setting in replies and threads. The default post privacy in Mastodon is 'global', which gets posted to the local timeline, whereas 'unlisted' is only shown when browsing the replies to a given post. Using 'unlisted' for most replies and threads makes the timeline cleaner and nicer to browse.

If you're transitioning from Twitter, you can use automated tooling to migrate your existing follow lists over to Mastodon. There are a number of tools available that can help you do this, including Fedifinder and Twitodon. These tools allow you to import your Twitter follow lists and follow the same users on Mastodon (if they have placed their Mastodon @’s anywhere in their bio), saving you the time and effort of manually re-following them one by one.

In addition to these tools, there are also a number of Mastodon clients available that you can use to access and interact with the platform. Some popular ones include Toot!, Metatext, Mastoot, and Mastodon’s own official client (more are on the way, including Ivory and Mammoth). These clients can make it easier to manage your account and customize your experience on Mastodon.

If you aren’t quite ready to leave Twitter behind yet, you may use the Mastodon Twitter Crossposter to sync your Twitter posts to Mastodon and vice versa. Do note that all platforms and communities incentivise native usage and obvious crossposts may incur some negative sentiment.

Participating in the Mastodon community

Once you have signed up and have a follower list and client you like, the rest of the experience should feel similar to Twitter, so we will spare you the details. The most important thing to note is that Mastodon has a different culture and etiquette than Twitter, so be sure to read the community guidelines and observe how other users interact with each other before jumping into conversations or sharing your own content. You can also consider following the Mastodon instance or server admins to stay up-to-date on any changes or updates to the platform.

To participate in the data engineering community on Mastodon, you can:

Overall, participating in the data engineering community on Mastodon is about more than just sharing your own content. It's about engaging with others, asking and answering questions, and building relationships with your peers. So don't be afraid to jump into conversations and share your knowledge and expertise with the community.

In conclusion, Mastodon is a powerful and increasingly popular social media platform for data engineers. Its focus on privacy, community, and open-source values make it a compelling alternative to platforms like Twitter, and its decentralized structure allows for a more collaborative and inclusive environment.

If you want to join me in exploring the Fediverse, you can find our community members Adi @adipolak@mastodon.online, Simon data-folks.masto.host/@sspaeti, and me @swyx@sigmoid.social! (Airbyte currently has no plans for a company presence on Mastodon)