All tutorials
Analytics
No items found.

Create a connection in Airbyte OSS to synchronize data from Microsoft SQL Server to Snowflake. 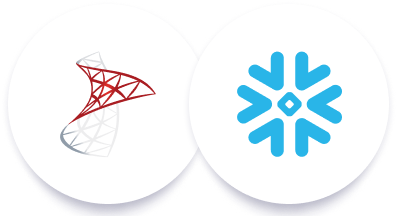 Microsoft SQL Server is one of the top three databases as per the DBMS rankings of the last 2 years and is designed for operational use-cases – but it is not designed for big data and analytics. On the other hand, a platform such as Snowflake is purpose-built for big data and analytics. Airbyte can be used to replicate your data from MSSQL Server to Snowflake, which allows you to leverage each system for its strengths.

Benefits of moving data from Microsoft SQL Server to Snowflake

Moving data from MSSQL to Snowflake may be part of an overall data integration strategy, which will provide your organization with:

In addition to the benefits listed above, Snowflake is designed for storing massive amounts of data. Therefore MSSQL replication into Snowflake may be used for backups, or for archiving historical MSSQL data as required for compliance or regulatory requirements.

What you will learn in this tutorial

Airbyte makes it easy to replicate data from Microsoft SQL Server to Snowflake. This tutorial will go through the steps required to set up an  Airbyte OSS connection, which will copy data from MSSQL to Snowflake. Because of the similarity between Airbyte Cloud and Airbyte Open-Source, the instructions should be applicable to both platforms.

In this tutorial Airbyte OSS will be used to replicate your Microsoft SQL Server data to Snowflake. You will therefore need the following prerequisites:

Once downloaded, start an instance by running the following command. First, choose a password by setting it in the highlighted section.

You can also run T-SQL containers by connecting to the sqlcmd, which is a command-line shell for SQL Server. Again, use the same password configured in the previous step.

Create a new database by running the following commands:

You can verify that the database is created by running the following:

Which should respond with the following:

Run the following T-SQL Statements to create schema and tables that will be used as our sample data:

Add some rows to the customers table by running the following:

Add rows to the stores table by executing:

Once your account is successfully created, you'll be redirected to the Snowflake dashboard. The worksheet area will be the primary place you’ll run scripts for creating and modifying resources. You will need to set up the destination database, user, role, and schema on Snowflake for the sync.

ℹ️ Before running the script, be sure to change the airbyte_password variable to your preferred password value.

Step 3: Setting up Microsoft SQL Server as the Airbyte Source

Go to Airbyte and create a new source connection. Give the connection a name and select Microsoft SQL Server as the Source Type.

Enter the values for the host and port you configured when setting up your MSSQL Server docker container as shown below:

Enter the values for the fields based on the values set in the script in Step 2. For example, enter the URL you received by email for the host when signing up for Snowflake. If you updated the password in your script, enter the new password.

Step 5: Setting up the MSSQL to Snowflake Airbyte Connection

Once the source and destination connectors are configured, you can access your connection settings. You should be able to see the tables that are available in your Microsoft SQL Server as shown below.

Set the sync frequency and choose your Sync mode. In this example, the Full refresh | Append mode has been selected.

Save the connection and select Sync now.

Once the Sync is complete, you can go to the Database section in the Snowflake UI to see the tables that have been copied. Snowflake should contain the normalized data in the same format as the SQL Server Table. The replica also includes the raw data in a separate set with the name _AIRBYTE_RAW_{TABLE_NAME}

This tutorial has shown you how easy it is to replicate data from Microsoft SQL Server to Snowflake using Airbyte. The replicated data can then be used in Snowflake to improve your analytics and insights. To summarize, in this tutorial you have:

If you have enjoyed this tutorial, you may be interested in other Airbyte tutorials, or in Airbyte’s blog. You can also join the conversation on our community Slack Channel, participate in discussions on Airbyte’s discourse, or sign up for our newsletter. Furthermore, if you want to use Airbyte to replicate your HubSpot data to Snowflake, try out our fully managed solution Airbyte Cloud for free!

Build a GitHub activity dashboard for your project

Using the Airbyte GitHub connector and Metabase, we can create insightful dashboards for GitHub projects. 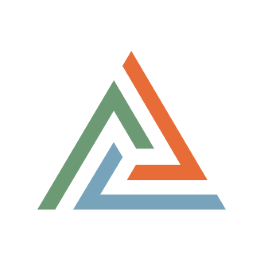 Replicate Salesforce and Zendesk data to Keen for unified analytics

Learn how to replicate data from Salesforce and Zendesk to Keen to gain a 360-degree view of your business using Airbyte.