Will Rust Take over Data Engineering? 🦀 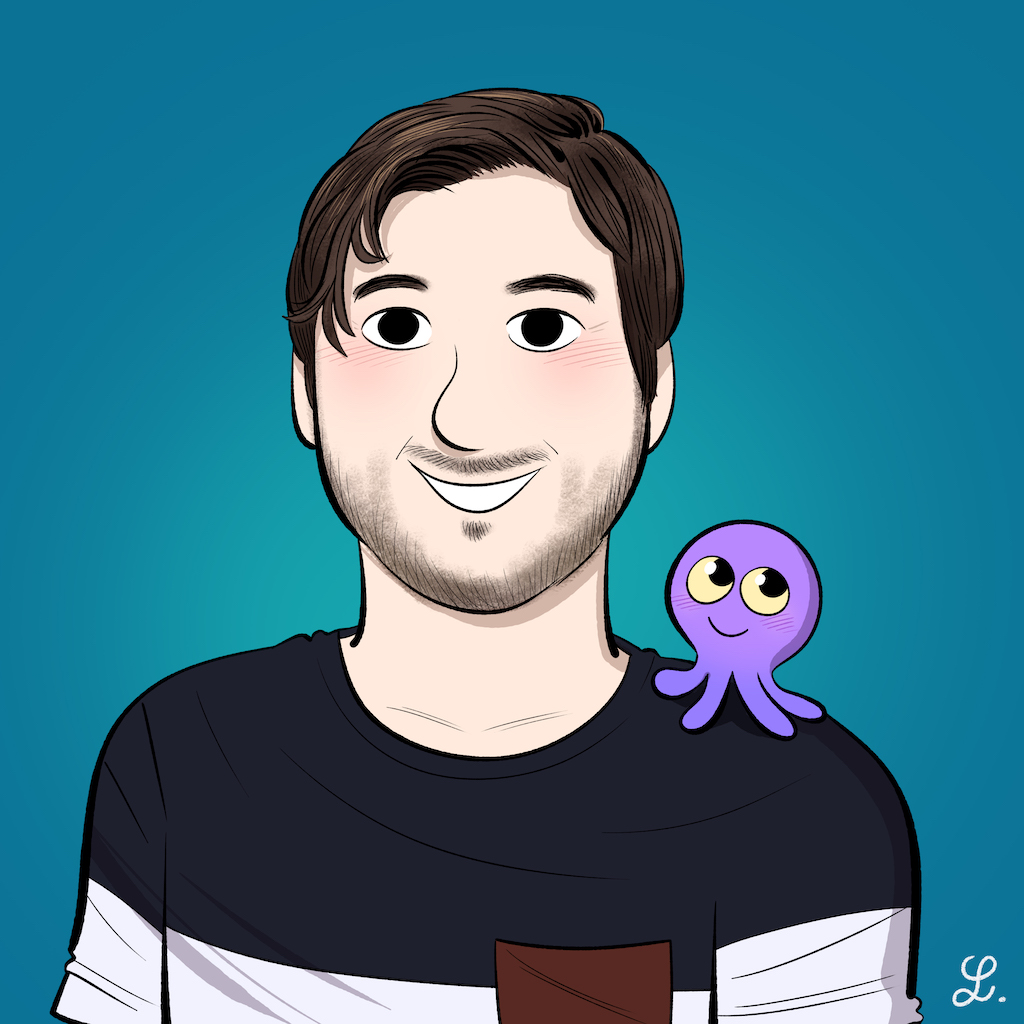 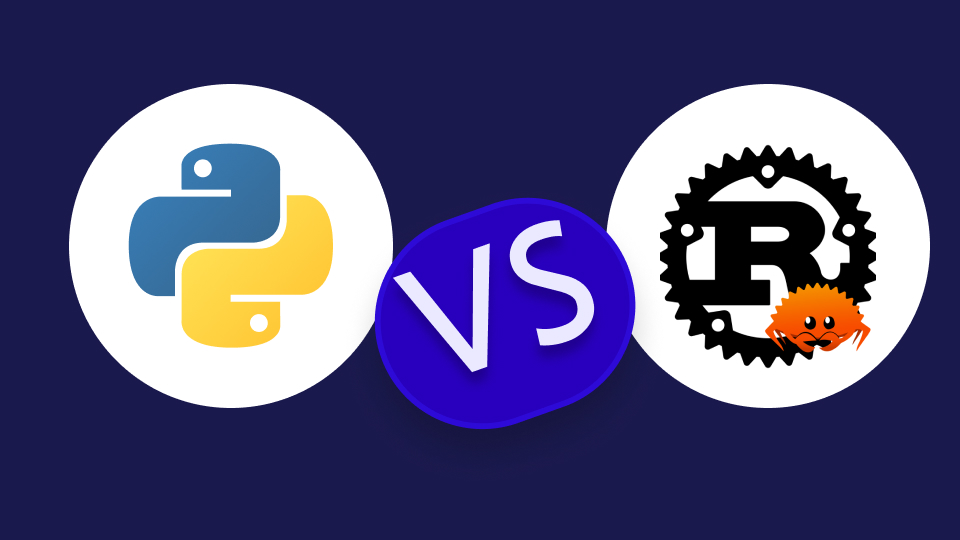 Will Rust kill Python for Data Engineers? If you only came here to know this, my answer is no. Betteridge's Law strikes again!

But then again, you have to ask: was Python made for Data Engineering in the first place?

Rust may not replace Python outright, but it has consumed more and more of JavaScript tooling and there are increasingly many projects trying to do the same with Python/Data Engineering. Let's explore why Rust has potential for data engineers, what it does well and why it has become the most loved programming language for 7 years running.

The goal of Rust is to be a good programming language for creating highly concurrent, safe, and performant systems.

What Is Unique about Rust?

Rust solves pain points from other programming languages with minimal downsides. With Rust being a compiled programming language, strong type and system checks are enforced during compile-time—meaning pre-runtime! Unlike Python's interpreted way, most errors only surface during the coding phase. It can be frustrating to fight every single mistake before being able to test or run a quick script, but at the same time, a prominent feature like the compiler is much faster at finding bugs than me. Additionally, the Rust community puts a lot of effort into making the error messages super informative.

📝 There are much more specifics that differentiate Rust from other programming languages. Concepts such as Ownership for memory safety, Reference Borrowing, and many more, but this article is not meant to be a deep dive into Rust, but rather map it to the field of data engineering.

Why Rust for Data Engineers?

When you write any code, the goal is that the code doesn't break during the weekend or at night when you sleep. Rust will show you errors and improvements while coding and fails as much as possible at compile-time, which is less costly than later in production at run-time.

The go-to language for data engineers is Python, which isn't the most robust or safe language, as many engineers working with data will agree. Rust's developer experience goes much further than just offering a language specification and a compiler; many aspects of creating and maintaining production-quality software are treated as first-class citizens in the Rust ecosystem

What Rust Does Well

Python is dynamically typed (with only recent support for type hints) and requires writing extensive tests to catch these costly errors. But that takes a lot of time, and you must foresee all potential errors to write a test for it.

Rust is the opposite; it forces you to define types (or does it implicitly with type inference) and enforces them. This does not obsolete testing of course, but for example, the rust compiler will analyze e.g. borrow checking, and does things to your code that other compilers don't do—check out rust-analyzer for bringing them into your IDE of choice. This makes it very good for data engineers as we have many moving parts such as incoming data sets that we do not control. Defining expectations with data types and having vigorous checks at coding and compile time will prevent many errors.

Less relevant for data engineers, but super helpful: speed. Rust, as a compiled language, is super fast at run-time. To many, Rust is primarily an alternative to other systems programming languages, like C or C++. But you don't need a systems use case to use a systems language, as both Vercel and Crowdstrike are noticing.

Another one is integrations. With data pipelines being the glue code in most cases, connecting otherwise foreign systems, Rust almost runs platform agnostic. Rust makes it easy to integrate and communicate with other languages through a so-called foreign function interface (FFI). The FFI provides a zero-cost abstraction where function calls between Rust and C have identical performance to C function calls. Rust can be called easily from C, Python, Ruby, and vice-versa. Find more on Rust Once, Run Everywhere.

Besides the love, it's also rising in awareness of different trends such as Google Trend, one from 2019 Ranking on GitHub, or the StackOverflow below:

ℹ️ Why Rust is Popular?
For software engineers, many issues around systems programming are memory errors. Rust's goal is to design a project with quality code management, readability, and quality performance at runtime.

The language is always only as good as its community. Let's look at some of the existing open-source tools and frameworks built in and around Rust:

The downside of Rust, the learning curve is much higher than other languages, such as Python. That's why most Rust programs in data engineering will have a Python wrapper for integrating it into any Python data pipelines for a long time. It's also a shift from an interpreted language such as Python to a more Functional Language (FP) style, which Rust certainly supports.

Elixir has servers monitoring data pipelines and re-tries included in the language; no framework is needed. It makes an excellent fit for data engineering and would replace parts of the Data Orchestrators.

Rust as a Primary Language?

Let's see an example of a modern data pipeline integrating with Airbyte, dbt, and some ML models in Python.

Each step can have errors and data mismatches. That's why we have orchestrator frameworks such as Dagster, which force you to write functional code or the concept of Functional Data Engineering. There is also lots of adoption in Python with the type hint or writing more Python and Functional Programming style. Or to bring up an example of another language, JavaScript, the rise of TypeScript.

❓ The exciting question to me is whether Rust will be adapted as a primary language and can do data orchestration work?

As we typically load data into a data frame and transform or add some business logic within our data pipelines. This could be done efficiently with Rust and Apache Arrow, and DataFusion, which is type-safe, and a good ecosystem. Time will tell.

Will Rust Be the Programming Language for Data Engineers?

Rust is a multi-use language and gets the job done for many problems of a data engineer. But the data engineering space is dominated by Python (and SQL) and will stay that way for the foreseeable future. There is no "until people fully move into Rust". It's hard to express how many tools and frameworks are written in Python to interoperate with other Python tools. It's pretty hard to imagine that inertia changing substantially in the next decade.

The Rust projects we have seen above are excellent and will continue to grow for vital and core components, but for them to be helpful for the average data engineer. What was once supposed to be Scala will now be Rust —a backend tooling language to do tasks that need fast and well-maintained code, including a Python wrapper on top.

Writing libraries in Rust feels more like writing long-term infrastructure than writing in higher-level languages such as Python, Java, or the JVM.

What do you think? What is your take on Rust for data engineers?

Resources to Learn More on the Topic

Suppose you want to be up and running within minutes. Karim Jedda has an article, carefully exploring the Rust programming ecosystem as a 10+ years Python developer, checking how to do everyday programming tasks and what the tooling looks like. Shared Services of Canada did a hands-on example with Rust converting raw archive files into JSON for data analysis. Or Mehdi Ouazza's article where he debates the Battle for Data Engineer's Favorite Programming Language.

Learning Rust has many excellent resources. A half-hour to learn Rust, The Rust Book, Rust By Example, Read Rust, or This Week In Rust.

Or Learning Rust with different kinds of formats:

Or do you want to get hands-on and search for an example project? How about building an Airbyte Delta Lake Destination (Python interface) with delta-rs?