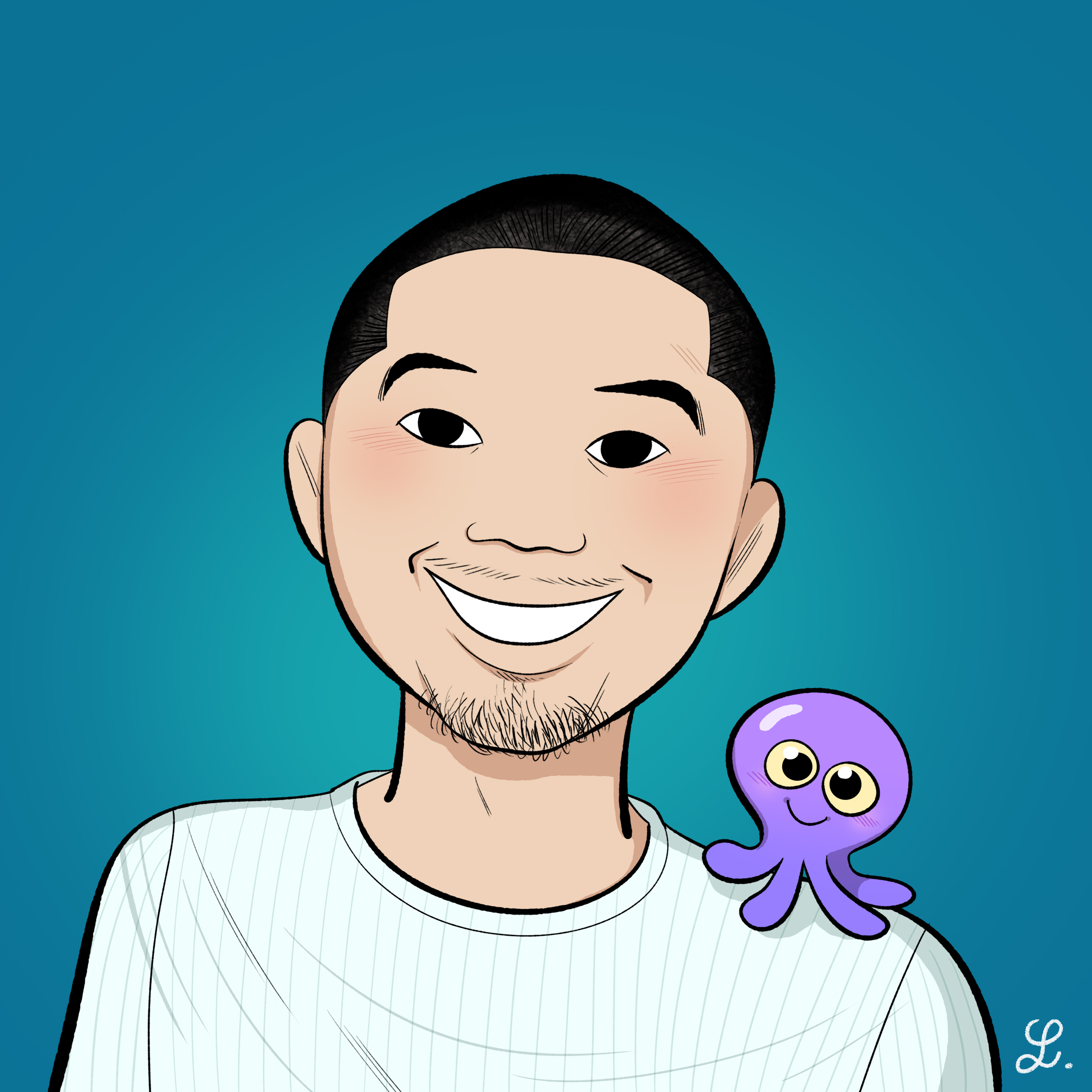 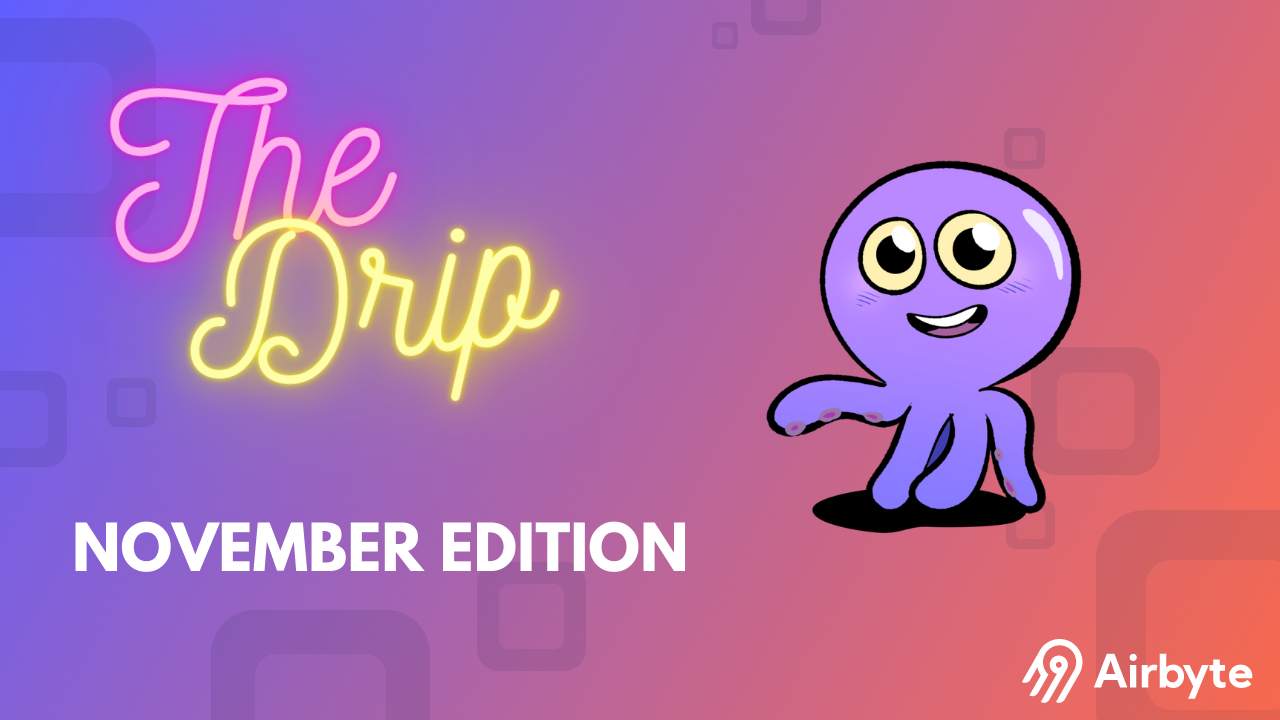 Hey everyone, welcome to the November edition of the Drip where we take you downstream to cover highlights of our change-log, community and anything Airbyte related.

In November, we concluded our Hacktoberfest contest, which you’ve heard plenty about. We were able to get out 103 new connectors, 75 of which were built using our low-code CDK! Thank you to everyone who contributed and added to our ever growing list of connectors. We also concluded our inaugural State of Data Engineering survey, which we’re pleased to report is the largest survey of data engineers ever (our tease of results)!

Apart from all the new connectors, Airbyte OSS benefited greatly, with visible improvements to Airbyte Core (Progress Bars!), as well as internal ones (Airbyte Protocol v1)!

On the Airbyte Cloud side, we finally launched Airbyte Cloud in Europe, with a hybrid model that works great for Data Protection, and also launched our Cloud API in Alpha!

Last but not least, get your virtual ticket for our move(data) conference (THIS WEEK!) - speakers, share on Twitter! Awesome raffle prizes to be won!

Davin Chia, Jimmy Ma and Evan Tahler won our most recent Airbyte Hack Day with this one feature - giving you a progress bar for your sync:

🚨 MVP release of the connector builder

OSS Users running Airbyte 0.40.19 or higher can now visit localhost:8000/connector-builder and get to building them low-code, low-frills connectors!

This is the first release on our Connector Builder UI roadmap, and is focused on creating a fast feedback loop for connector developers writing YAML connectors. Look out for a full talk on this during our move(data) conference this week! We’ll be iterating on this MVP with feedback from people in our private early access program (closed for now). Meanwhile, find the docs for getting started here!

And that’s all we have for November’s edition of The Drip. Thanks for reading through. If you have any questions: